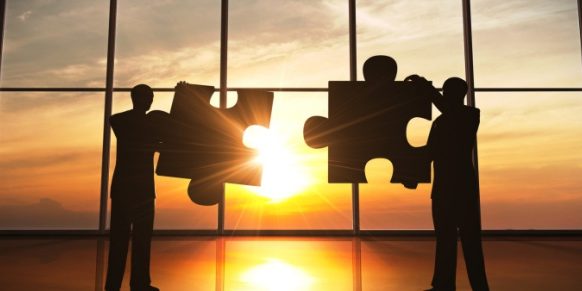 Cyprus Companies Law, Cap 113 is the main legislation regulating mergers and acquisitions in Cyprus. In particular, sections 198-202 of the law contain provisions relating to mergers, reconstruction and amalgamation of companies.

Cyprus Companies Law implemented Directive 2005/56/EC on cross-border mergers of limited liability companies (Cross-border Mergers Directive). The later directive, Directive (EU) 2017/1132 codified six different directives relating to company and commercial law and at the same time repealed, with effect from 20 July 2017, Directive 2005/56/EC. However, since the provisions of the repealed directives have been transposed into Cyprus law, Directive (EU) 2017/1132 does not affect the existing framework for cross border mergers.

A brief summary of the procedures involved in effecting a cross border merger between EU / EEA member state and Cyprus companies under Cyprus law is provided below.

The directors of each merging company which takes part in the cross-border merger must compile the common draft terms. The terms must contain at least the following information:

Once drafted the cross-border merger plan must be approved by the board of directors of the company.

2. Filing and Publication in Cyprus

The common draft terms must be filed, at least one month before the date of the general meeting of the shareholders of the company to approve the cross-border merger, with the Registrar of Companies in Cyprus. The exact procedures which are required to be followed depend on the provisions of the company’s articles of association.

A directors report must be prepared by of each merging company.

The employees opinion on the report maybe attached if received in time.

Following an application by the company, an independent expert is appointed by the appropriate District Court of Cyprus to examine the directors report.

A joint request by the companies for the appointment of an independent expert is possible, either under Cyprus Law or under the law where the non-Cyprus company is incorporated.

The report must include:

The expert`s report is addressed to the shareholders of the companies and states their opinion as to whether the exchange ratio is fair and reasonable.

The requirement for an expert`s report can be waived, where all the shareholders of the companies involved in the cross-border merger agree.

The shareholders have the right to make the completion of the cross-border merger subject to the express ratification by them of the arrangements decided on with respect to participation of employees in the company which will arise from the merger.

If the shareholders of the company approve the common draft terms, the company must apply to the appropriate District Court in Cyprus to obtain the Pre-Merger Certificate.

The Pre-Merger Certificate is a court order stating that the that the pre-merger formalities prescribed by the Cyprus Companies Law, Cap. 113 have taken been satisfied.

7. Second application to the Court – Completion of the Cross Border Merger

A second court application must be made to appropriate District Court within 6 months from the date of issue of the Pre-Merger Certificate. The following documents must be submitted by each merging Cyprus company to the District Court:

In assessing whether the prescribed procedures and formalities have been followed, the Court will examine the following:

If the Court is satisfied that the procedures followed for the completion of the cross-border merger are in accordance with local law, it will issue a Completion Certificate. The certificate takes the form of a court order which states that the completion of the merger has been approved. It also prescribes the date on which the cross-border merger will be deemed to take effect.

An official copy of the Completion Certificate must be delivered by the merged Cyprus company to the Registrar for registration and publication.

According to the provisions of Cyprus Companies Law, Cap. 113, the order must be attached to every copy of the memorandum of the new company which is incorporated following the finalization of the cross-border merger.

On receipt by the Registrar of the consent and approval of the completion of the cross-border merger by the authorised body of the other member state, the Registrar ensures, again without delay, the registration and publication.

On the registration of the copy of the Completion Certificate, the Registrar removes any Cyprus companies which have been absorbed in the merger from the Register of Companies and refers to the date of the commencement of the cross-border merger.

The cross-border merger by acquisition of one or more companies by another company takes effect from the date set by the Court in the Completion Certificate for completion of the cross border merger and the following consequences arise:

A cross border merger by the formation of a new company takes effect from the date set by the Court in the Completion Certificate for completion of the cross-border merger and the following consequences arise:

9. Simplification of the procedure

A simplified procedure can be followed any of the following instances apply:

The following are also relevant:

We have acted or advised in relation to numerous mergers and acquisitions, of both local and international character. We can assist and provide advice with regards to all aspects of mergers. In particular we can assist in: